Ever fancied being a TV presenter or a famous celebrity? Make your dreams come true and take part in our exciting holiday workshop where you can create, produce and film your very own TV Show! 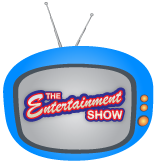 During our week-long summer holiday workshops in Nottinghamshire you will create and produce your very own television show.  Right from the very beginning with the initial ideas, creating the characters, storyboarding & script writing, through to finally acting it out, you will be involved in the whole process of making The Entertainment Show, a daytime magazine-style show.  You will also learn a little about how a television studio works and what goes on behind the cameras.

Some of the filming takes place in front of the rather magical green screen - as used in many Hollywood blockbuster films -  which allows you to use filming 'locations' that are limited only by your imagination!

Try a first lesson for FREE!